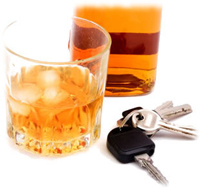 We can help those who get arrested for DWI / DUIs.  Louisiana DWI / DUI laws are tough.  That is why you need the most diligent DWI / DUI attorneys New Orleans has to offer.  We will work to ensure that the process is fast, expedient, and judicious.   Known as New Orleans premier DWI attorneys, the lawyers of Julie C.Tizzard are experts in the DUI / DWI laws of Louisiana.

BUSTED FOR A DUI/DWI?

You’ve been stopped, tested, arrested and cited for suspicion of driving under the influence of alcohol and/or drugs. You may have had your license confiscated, car impounded, and spent the night in lock-up. You may face more jail time, the loss of your driver’s license, fines, mandatory DUI/DWI school, the tribulations of a trial, more problems and humiliations. You’re dispirited, depressed, anxious and overwhelmed looking for answers to solve the many questions and myth-information you may have received from friends and family.

The only truly qualified person to answer your questions is an experienced and skilled attorney. Counselors can be by your side through the entire process, explaining the details of a DUI/DWI offense and the intricacies of your defense. But first let us answer some of your very basic concerns.

WAS IT A LEGAL STOP?

A motorist can be stopped for a variety of reasons, including improperly working equipment on your car, erratic driving or if an officer has a reasonable and explainable basis to believe that a traffic law or other law has been violated.

WHAT IS A DUI/DWI?

It is defined as the act of operating a vehicle under the impaired influence of alcohol (and/or other drugs, including over the counter drugs such as Nyquil or Benadryl, for example.) What does “under the influence” mean? The most common understanding of the term is when an intoxicated person’s judgment and motor skills are impaired or will interfere with the safe and prudent operation of a vehicle. Driving under the influence can be determined via a ‘breath test’, urine or blood sample.

In every state the Blood Alcohol Content which determines a DUI/DWI is .08%. However, other factors may apply, such as driving with a commercial license, ‘zero tolerance’ for underage drivers who may be arrested for just having alcohol on their breath. The American Medical Association says that a person can become impaired when the blood alcohol level hits 0.05%. If a person’s BAC measures 0.08, it means that there are 0.08 grams of alcohol per 100 milliliter (ml) of blood. In fact, a police officer may make a judgment call and arrest anyone for being impaired even if their BAC is lower than .08%.It is a general rule of thumb that the consumption one standard drink (or one ounce of alcohol per hour) will increase the average person’s BAC to roughly 0.05%. Consequently, two drinks in one hour are enough to put you over the legal limit. However, this is not a really good gauge largely because of variation in physiology and individual tolerance according to weight, gender, and body fat.

WHAT IS A “BREATHALYZER” TEST?

A breathalyzer is a device for estimating blood alcohol content from a breath sample. “Breathalyzer” is a brand name. Other names include, breathalyzer, Intoxilyzer, Intoximeter, AlcoScan, Alcotest, AlcoSensor, Alcolizer, and Datamaster.Because the alcohol concentration in the breath is related to that in the blood, you can figure BAC by measuring alcohol on the breath. The ratio of breath alcohol to blood alcohol is 2,100:1. This means that 2,100 ml of alveolar (lung) air will contain the same amount of alcohol as 1 ml of blood. Every state has penalties for refusing a lawful request for a DUI/DWI test most states allow evidence of that fact to be introduced.  Although generally accepted as a form of proof, breathalyzers aren’t always accurate. The validity of the testing equipment, the operator, methods and mathematical relationships for the measurement of breath and blood alcohol have been rigorously criticized. Plus, many everyday items contain forms of alcohol (asthma spray, cough drops and syrup, paints, even fingernail polish) which may cause a ‘false positive’ reading.  Failure to submit to such a test may result in automatic suspension of a driver’s license.

WHAT IS A FIELD SOBRIETY TEST?

An officer may administer one or more standardized field sobriety tests (SFSTs). The Standardized Field Sobriety Test (SFST) is a battery of three observational and physical response tests administered to indicate impairment and establish probable cause for arrest. However, this is based on the arresting officer’s subjective opinion of impairment, which often can be inept and open to cross examination. Because of medical, physical or emotional reasons, many people should not nor cannot be validly judged by these tests.

HOW SERIOUS IS DUI/DWI?

Driving while intoxicated represents the single largest category of criminal infractions of all reported cases in the U.S. and is considered the most serious misdemeanor offense. In several states, repeat offenders are considered felons. A DUI/DWI conviction has the potential to remain on your record for life. Generally, a first or second offense is considered a misdemeanor.  A third or subsequent offense is considered a felony.  Penalties for a repeat offender charged with a felony DUI/DWI can be severe carrying mandatory jail time without the benefit of probation or suspension of sentence.

WHAT IS THE COST OF AN ATTORNEY?

One of the biggest concerns for people charged with DUI/DWI is what a defense will cost. Each case is different and there are many factors shaping each defense, so as cases vary so does the fee. Most people don’t realize that money spent now on a skillful DUI/DWI attorney might save them thousands in the years to come. Jobs, credit ratings, and insurance costs can all be impacted by a criminal record. So, it’s important that you discuss the issues with a competent DUI/DWI attorney. Can you put a price tag on your freedom, your criminal record and your peace of mind?

WHAT CAN I EXPECT IN COURT?

You will have to appear in court more than once – First for an arraignment, then for a defense if you go to trial and for sentencing if convicted. Your attorney will offer an overview of the court proceedings.

WHAT ABOUT MY LICENSE?

When charged with a DUI/DWI you also face a possible revocation or suspension of driving privileges, even if charged while driving out of state. The administrative (DMV charge) and will be handled separately and differently from the criminal offense. In most states there are ways to retain your driving privilege for work and emergencies.

WILL MY AUTO INSURANCE RATE INCREASE?

After being charged most states will demand a SR-22 (high risk and therefore costly insurance policy).