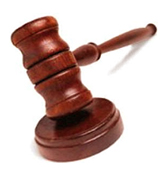 Senators considering President Donald Trump’s nomination of Judge Brett Kavanaugh to the Supreme Court will undoubtedly be giving a close read to a law-review article the judge published in 2009, entitled “Separation of Powers During the Forty-Fourth Presidency and Beyond.” The article has already engendered substantial debate over whether it suggests that a Justice Kavanaugh would conclude that Trump is immune from criminal investigation or prosecution while in office. I will examine that question below, but the article also discusses several other separation of powers issues worth noting, many of which may shed some light on how Kavanaugh might address a number of issues that regularly arise in the Supreme Court.

It’s important at the outset to describe what the article is, and is not, about. For the most part, the article presents a series of policy – not legal – arguments and recommendations for improving the functioning of the federal government (particularly the executive branch) in light of Kavanaugh’s extended experience in a number of different executive branch positions, including in the White House. Any predictions about how Kavanaugh would rule on similar questions as a matter of constitutional law are necessarily based on inferences. While some cynics may disagree, I think it is a serious mistake to simply assume that any judge’s policy recommendations will automatically be converted into constitutional holdings if he or she is elevated to the Supreme Court. At the same time, for those trying to gauge what kind of justice Brett Kavanaugh would be, ignoring the recommendations in the article, and the reasoning behind them, would be a mistake, too.

With that in mind, the basic project of the article is to set out five basic sets of recommendations for improving how the government functions. Below, I’ll describe the ones that seem most relevant to the Supreme Court nomination and offer some observations about what the recommendations might augur for Kavanaugh’s tenure on the Supreme Court, should he be confirmed.

The following is from the Scotus blog